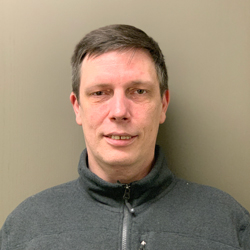 Scott was born on Whidbey Island at the Navy base. Scott then joined the Navy after high school. This started his journey around United States landing him in Seattle in 1998 for the Dot Com Boom. Working for over 27 years in Technology he has seen it all. Working with companies both big and small in many different industries. Scott has worked off and on as a Contractor at Brooks Applied Labs for many years.

Scott enjoys gaming, camping and flying kites. Scott is hoping to help build some of the robots who will later take over the world.