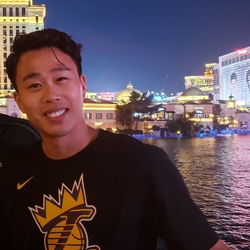 Younghwan (Young) Kim graduated from the University of Washington with a B.S. in Chemistry in 2017. During his time at UW, Young worked as an Undergraduate Research Assistant to develop synthesis of Lanthanide doped nanocrystal with unique properties for optoelectronic applications. He went on to work at Analytical Resources Inc. as a Laboratory Technician performing soil and water analysis. Young was born and raised in Seoul, South Korea, but now considers Seattle his home. A skilled mathematician, Young once placed 2nd in a statewide math competition. He also broke 3 weightlifting records in high school. In his free time, Young enjoys going on hikes and boxing, though he does occasionally indulge in a day of laying on the couch and watching TV.