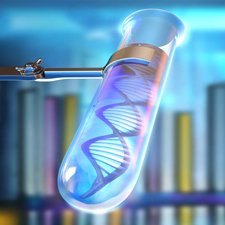 When an out-of-specification (OOS) event is encountered, investigative teams often direct their initial focus on physical attributes of the production cycle. Sifting through temperature logs, calibration data, and personnel training records can only get you so far when pursuing a root cause analysis. An often-overlooked fact is that biologically-derived pharmaceutical drugs rely upon controlled chemical environments for both production and drug viability.  Minute differences in both micronutrients and contaminants play a key role in mitigating OOS events, as well as optimizing yield and maintaining drug efficacy. To protect their investments and maximize profitability, pharmaceutical companies must incorporate chemistry quality testing beyond what their supply chain can typically support. Brooks Applied Labs has been supporting the pharmaceutical industry for over a decade in not only understanding complex chemical systems but also providing analytical services at highly specialized levels.

Micronutrients and contaminants play antagonistic roles for all organisms, which is why it is imperative to monitor for small changes in concentrations in each lot of chemically-defined media. Chemically-defined media contains a plethora of components, from salts to amino acids and transition metals, and each chemical must be monitored for both the target concentration of metal and metalloid micronutrients but also non-target (contaminants) elements which can be cytotoxic.

The first step to integrating chemistry into quality systems is requiring that each lot for every component applied to chemically-defined media has a subsample that is retained for future investigative analyses. The next stage is to ascertain if the appropriate acid-cleaned container was used for storage (also offered by BAL). By working with in-house scientists, as well as the experts at BAL, a list of elements can be generated that includes both micronutrients and possible contaminants. Understanding that the concentration of elements in the final chemically-defined media is cumulative and impacted by each component, analytical data objectives must be defined. Validated methods must then be referenced to ensure compliance. Finally, a rigorous testing regimen needs to be defined and adhered to.

Of course, the aforementioned approach to the modification of a quality system is simplistic and the actual implementation will require significant resources. However, the outcome will be a more robust quality system with an increased confidence in profitability for current and future lines of drugs. If you are currently in a state of duress over an OOS event or are compelled to mitigate future ones, contact us today. In the world of pharmaceutical drug manufacturing, time is money, and our job at BAL is to advance your interests as fast as possible.